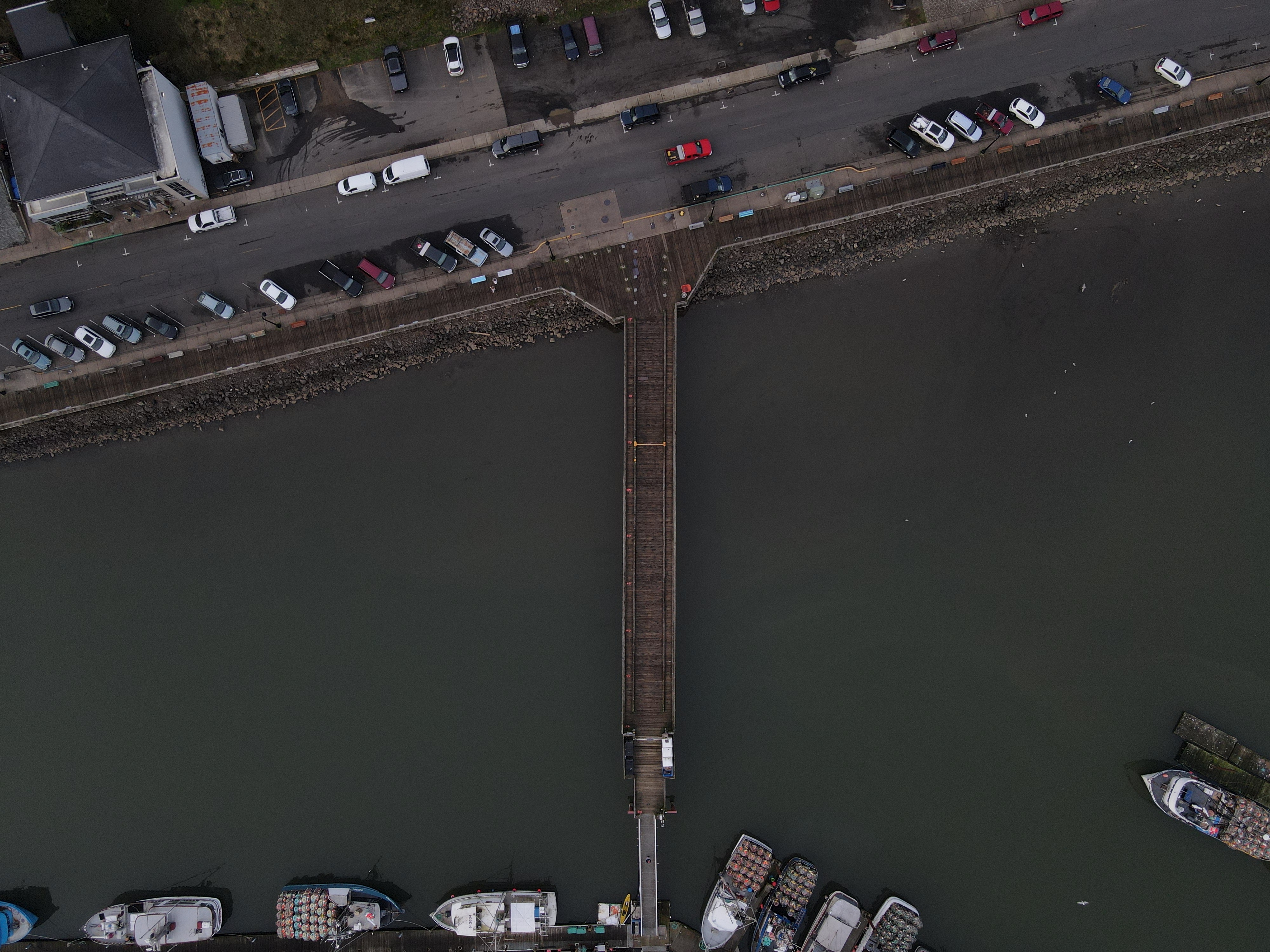 "The Port of Newport took a major step toward rebuilding the Port Dock 5 access pier recently when the port commission selected the company that will build the new structure. Port officials opened bids from five companies on Dec. 17 and, after review, recommended Advanced American Construction (AAC) for the job based on their quote of $2.1 million to complete the work."

"Construction of a new pier at Port Dock 5 on Newport Yaquina Bay is underway this week. On Wednesday, workers began installing new pilings next to old after the Army Corps of Engineers granted the Port of Newport’s request to extend the in-water work period for the project. Typically, in-water work is only permitted from November until mid February, but the port was granted an extension until March 5."

"On Friday, workers with acetylene torches were cutting the west side steel pilings off at deck level, first cutting a hole to attach a crane-drawn chain from the inside for lifting away the excess portion, and then welding on angled steel to support the temporary walkway. Bretz said most of the pilings had been driven about 48 feet into the sea floor."