'We call it a sea change': Port of Everett breaks ground on $57 million expansion project

EVERETT, Wash. -- Bigger, deeper and stronger is the plan for the Port of Everett's south terminal as they broke ground Wednesday for a $57 million expansion project. 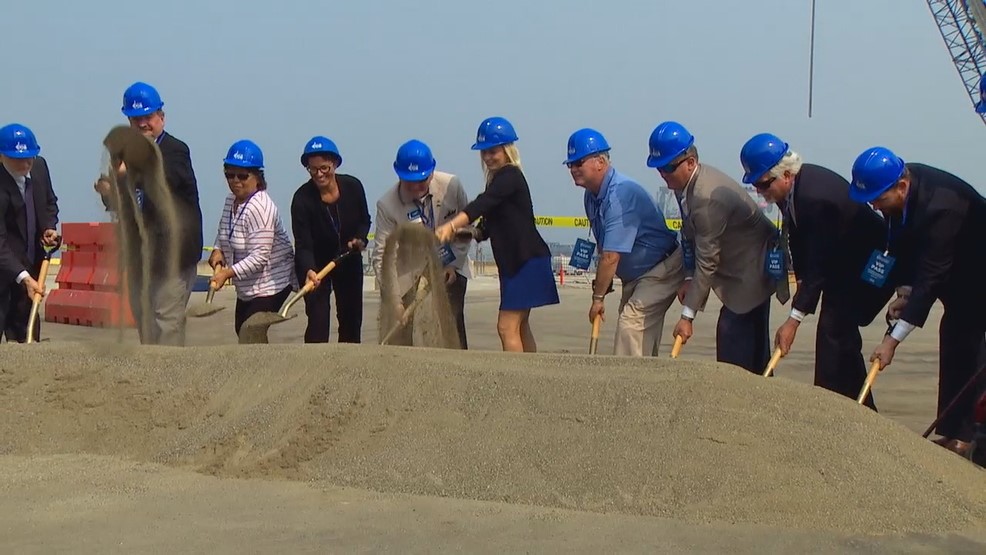 Port leaders say because the shipping industry has changed, relying on larger vessels to ferry oversized cargo, it is changing with it.

"We call it a sea change," said Port of Everett acting CEO Lisa Lefeber. "It's essentially there is a consolidation of the shipping industry; they are putting more cargo on larger vessels."

To accommodate larger ships, the port's dock is being strengthened and its berth made deeper.

When it's completed, the south terminal berth and its new fendering system will allow for a 950-foot vessel.

Right now, ships have to dock at a nearby pier and containers come off one by one with a small mobile crane. Vessels have to be turned so port workers can access and remove cargo from the other side of the ship.

It's a slow and inefficient process said Lefeber: "Time is money in the maritime industry."

Port, city and county leaders insist the seaport modernization is all about supporting the next era of aerospace. Snohomish County Executive Dave Somers, who was on hand for the ground breaking, said it's all about the future.

Somers said Snohomish County is one of the fastest growing counties in the state, expecting up to 200,000 people in the next 20 years.

"Snohomish County is probably the most trade dependent county in the state," Somers said.

One of the port's key customers is Boeing, which ships large body panels for its 777-X from Japan to Everett.

"The more flexible, more adaptable...our infrastructure is the more able we are able to ebb and flow in shipping industry," Lefeber said.

The port says the project will create 2,000 additional jobs on top of the 34,000 already there.

The bulk of the funding comes from its operating revenue, with about $22 million in federal and state grants and loans.

The dock was originally built in the 1970s to support logging operations, with the ability to support about 500 pounds per square foot of cargo. The upgrades will mean it can handle double that amount.

It should be completed by December of 2019.