What Our Interns Are Saying


“I would like to extend my appreciation and gratitude to everybody at Advanced American Construction for helping me have such an amazing summer 2019 internship. The experience I have received over the past two months was more than I ever imagined myself experiencing. I believe this was also accomplished by all the great people at AAC who were willing to take some of their time away and help me throughout the process.

Most of my internship here at Advanced American was focused on the BNSF 58.8 railroad bridge replacement in Carson, WA on the Wind River. Being able to be a part of this operation was an amazing experience and it was also a one-of-a-kind project that most people haven’t been able to see completed.” 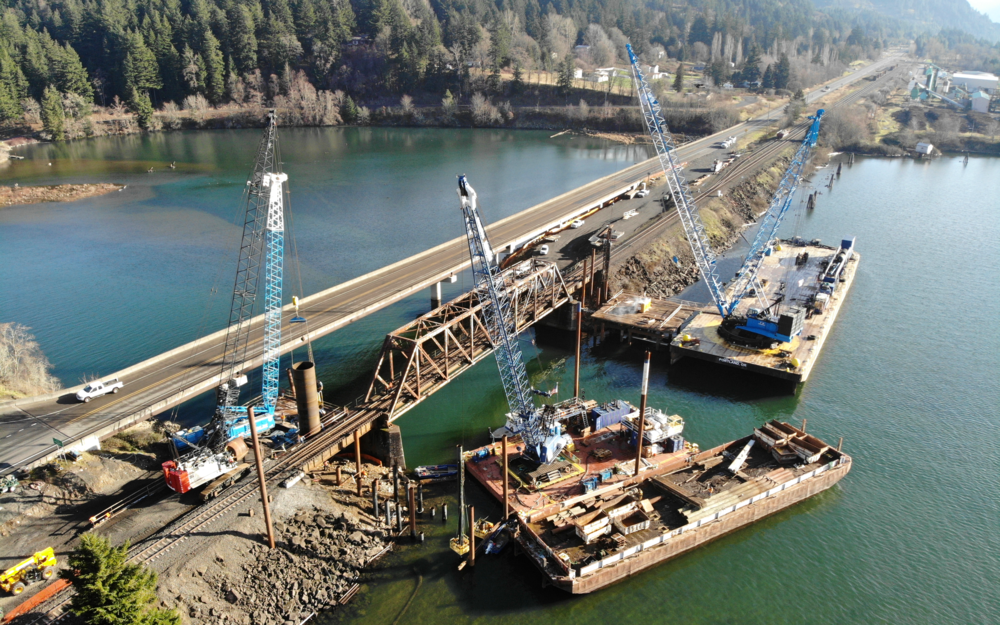 “To begin, this project had many different aspects and moving parts that I was able to help and get involved in. I began by understanding the scope of the operation at hand and getting familiar with the surroundings of the job. I was then working with crew members by doing layouts of exact placements of steel beams, tower assemblies, and water ballast tanks among the three different barges that were performing the bridge exchange. My first major solo task was configuring a plumbing plan that would be vital for lifting and removing the existing 750,000-pound steel railroad bridge at the time of a critical job window. I was involved with assembling four-tower structures that would eventually lift a brand new 2-million-pound railroad bridge 30-feet into the air.” 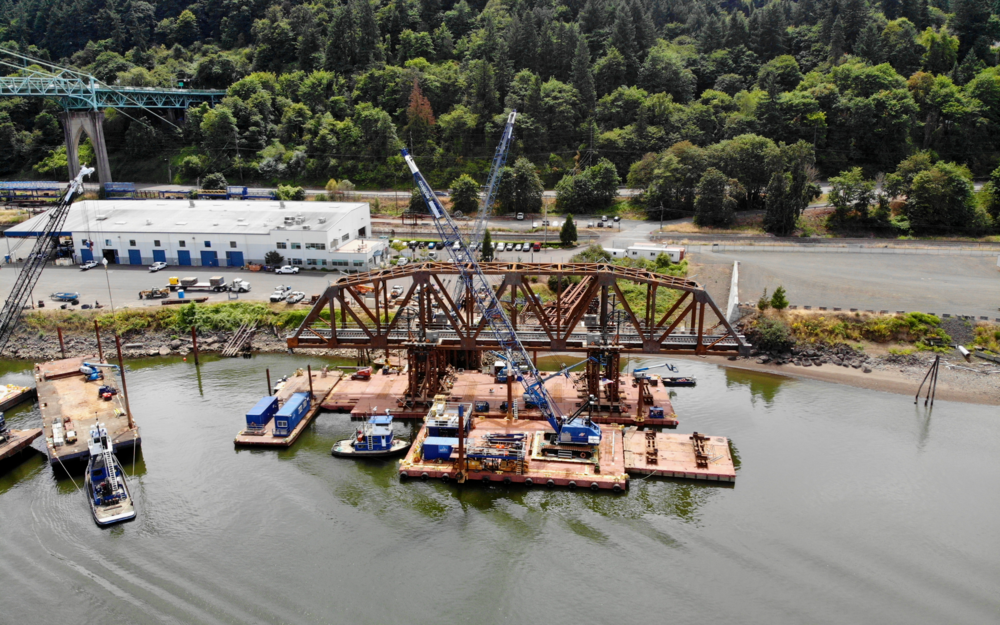 “After all three barges had been completed, they were assembled into a tow package and towed up the Columbia River Gorge to Carson, WA. During this process, I was able to photograph its journey and got access to watch it go through the locks at the Bonneville Dam. Once all three barges arrived in Carson, we had one week to get everything into placement in preparation for an install and completion window of fewer than 24 hours. With everybody's hard work and preparation, Advanced American was able to perform a successful and safe operation all within 9 hours.” 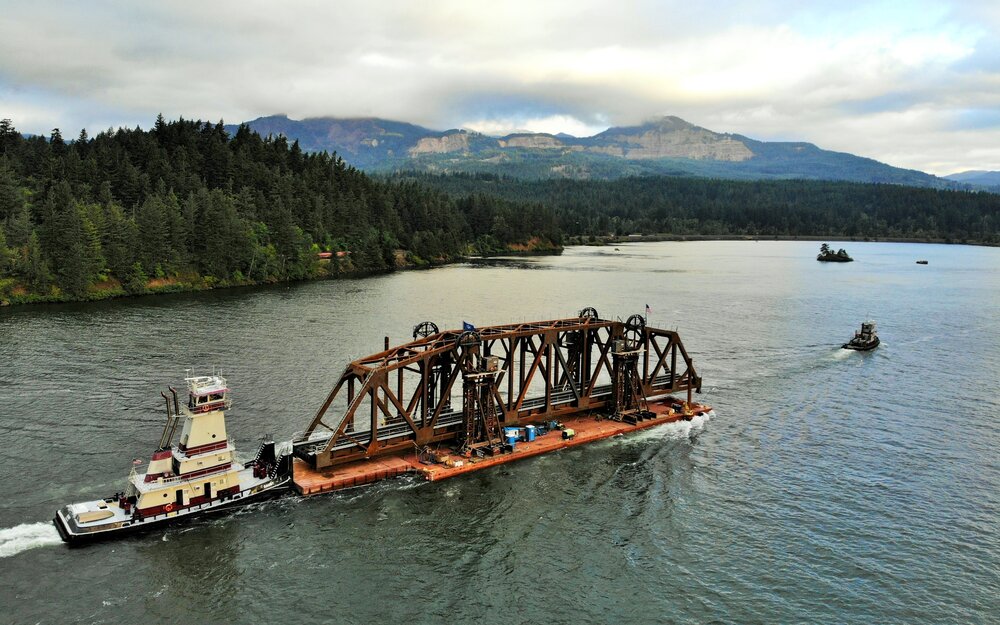 “Working alongside Kyle Izatt and Todd High for the duration of this project I was able to learn a tremendous amount of experience and field skills. The amount of knowledge I was able to take in was more than I could have ever received from anywhere else and not to mention being involved with such a unique and one-of-a-kind project. This summer’s internship has increased my excitement about the engineering field even more and it has me looking forward to what is next to come.” 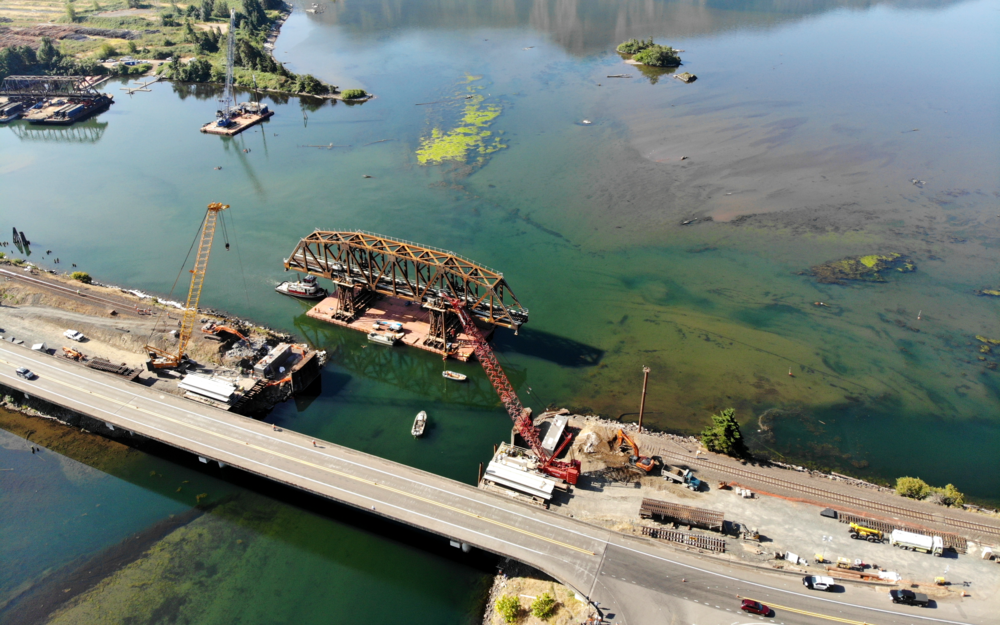 “Interning with Advanced American Construction further cultivated my passion for Civil Engineering. During the internship, I was most involved in the dredging operation for Portland General Electric’s (PGE) River Mill Dam, where AAC was contracted to remove sediment and debris from PGE’s intake trash racks with a floating crane.” 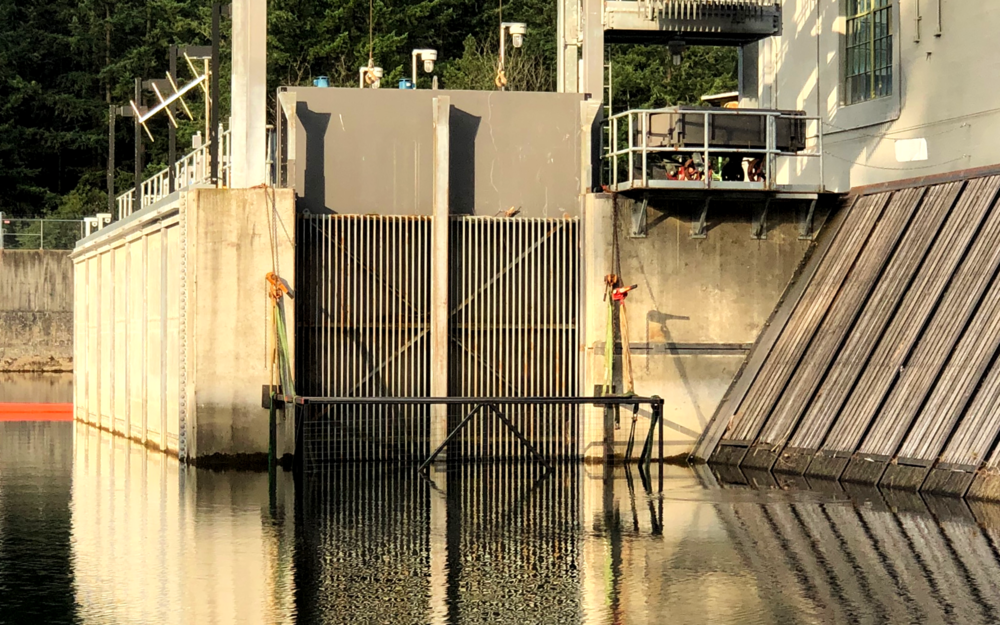 “From taking part in the deliberate and meticulous planning process to working on the field itself, I gained valuable skills that are necessary for my professional development. Skills such as foresight, communication, and dedication are essential for any aspiring Civil Engineer. Also, witnessing the project unfold gave me a newfound appreciation for the hard work that both engineers and laborers contribute towards the common good.” 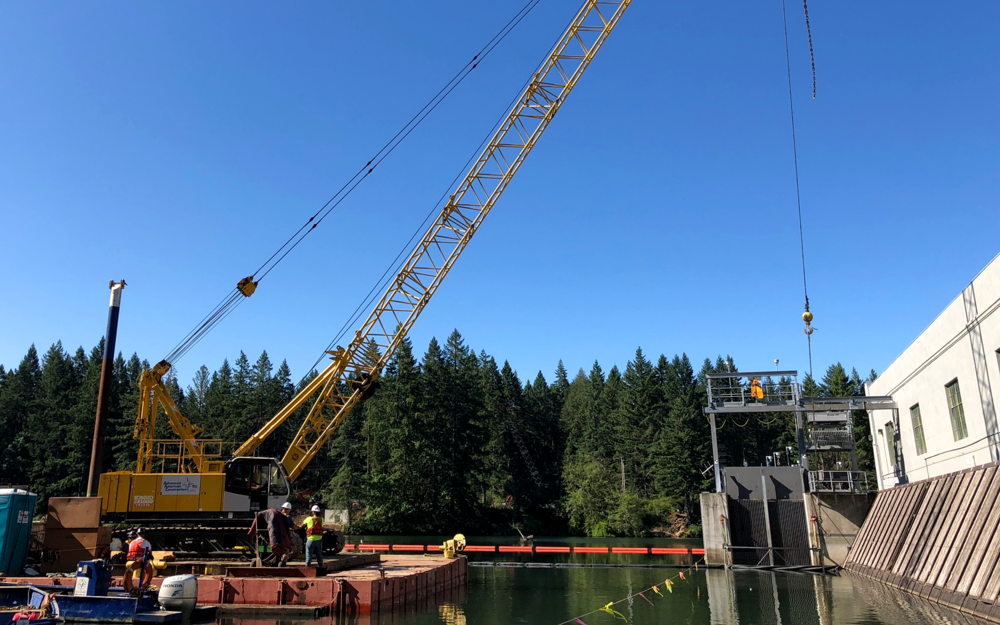 “I am incredibly fortunate to have been given the opportunity to spend my summer experiencing what it means to be a Civil Engineer with AAC. They were not only welcoming and supportive of my endeavors but also opened many more doors as I aspire to become a Civil Engineer that serves humanity.” 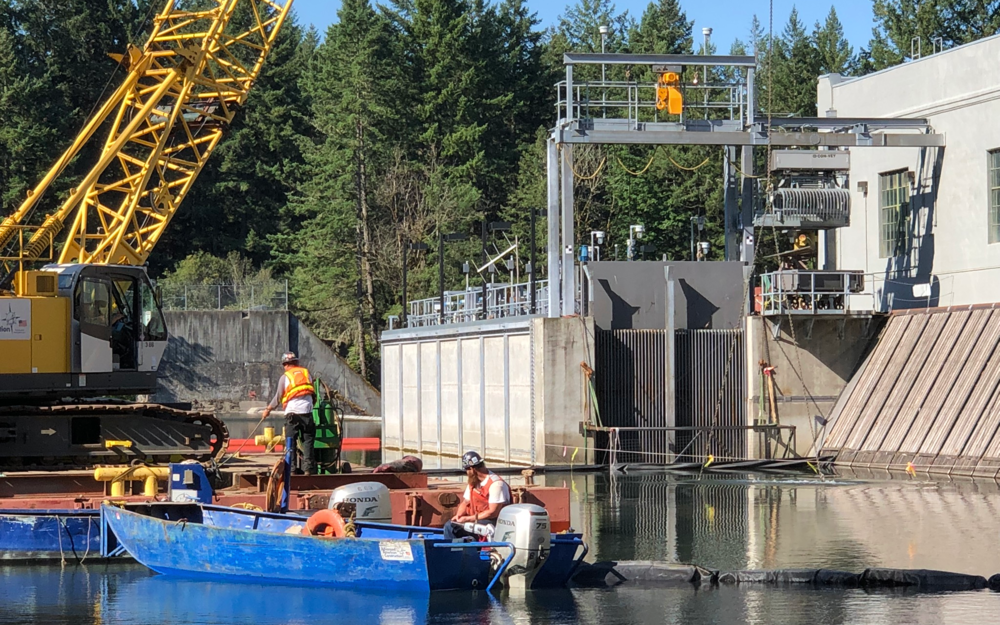 “Working with AAC this past summer has been an amazing and eye-opening experience for me. This was not only my first internship in the Heavy Civil / Marine field but in construction in general. I did not know what to expect when I signed on and was nervous to make an impression despite having no experience. I found out that I was assigned to work on the job up at the Port of Everett, where AAC was contracted to strengthen an existing industrial dock capacity from 500 pounds per square foot to 1,000 psf to accommodate modern cargo operations. AAC assisted in finding me a place to live and made my transition from Portland to Everett very easy.” 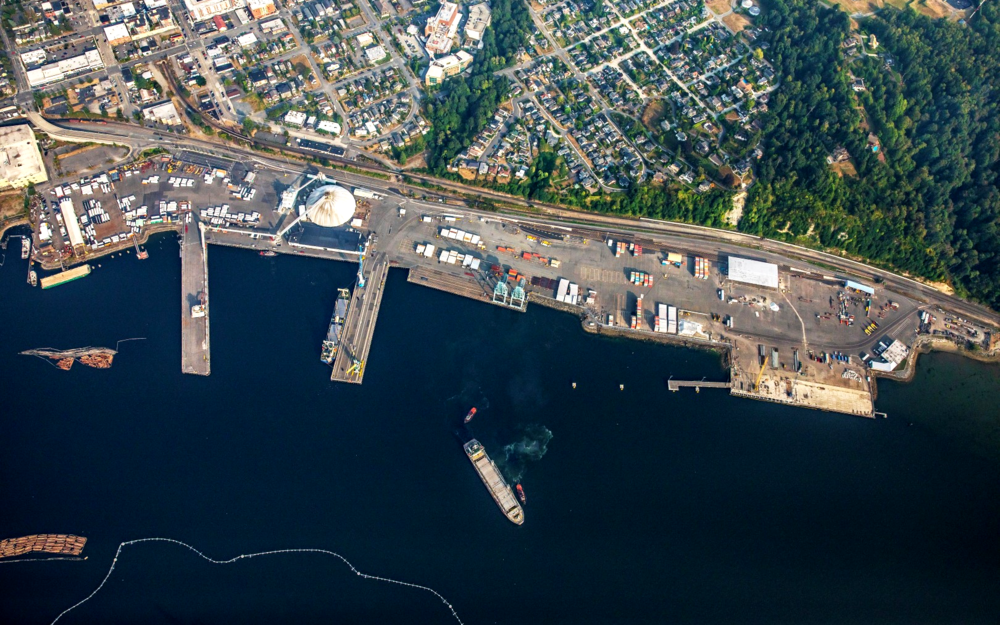 “When I first started it was a whirlwind of new information as I dove into the project. I had to learn what my role was quickly, as I was beginning to take on more responsibility. I had to learn how to solve problems, order supplies, and be able to competently assist the office and crew. It was difficult for the first week or two as I had no idea what most of the tools on the job were or what many of the assignments entailed. This, however, led to the best possible opportunity to learn a lot of information in a very short amount of time. It was very fulfilling when I was able to start completing tasks without needing any instruction on how to do it. Tasks became second nature and what would have taken me an hour to do when I first got there was only taking about ten minutes.” 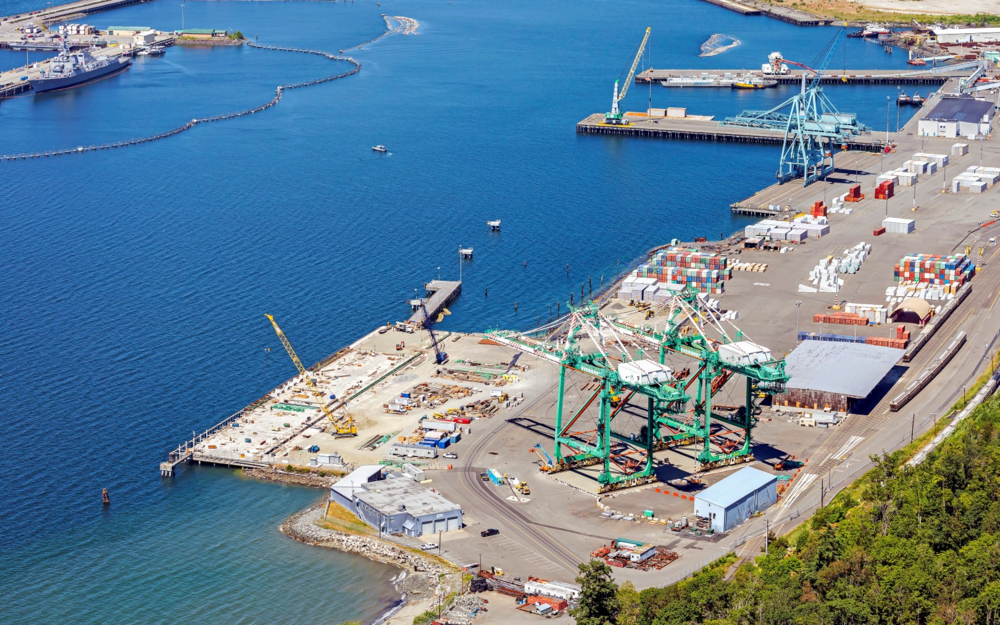 “By the end of my internship, I had a firm grasp on the project and I was able to apply myself to assist with most of the operations on the job. I was able to see the impact of the work I was doing and how it benefited the job. AAC has an internship structure that really allows you to grow and gain valuable work experience. Being able to have real responsibility on the job site adds the necessity to perform well. When there are people counting on you to get a task completed it pushes you to get it done the right way. I believe that my internship was one of the best work experiences I could have had and I am grateful to AAC for giving me the opportunity.” 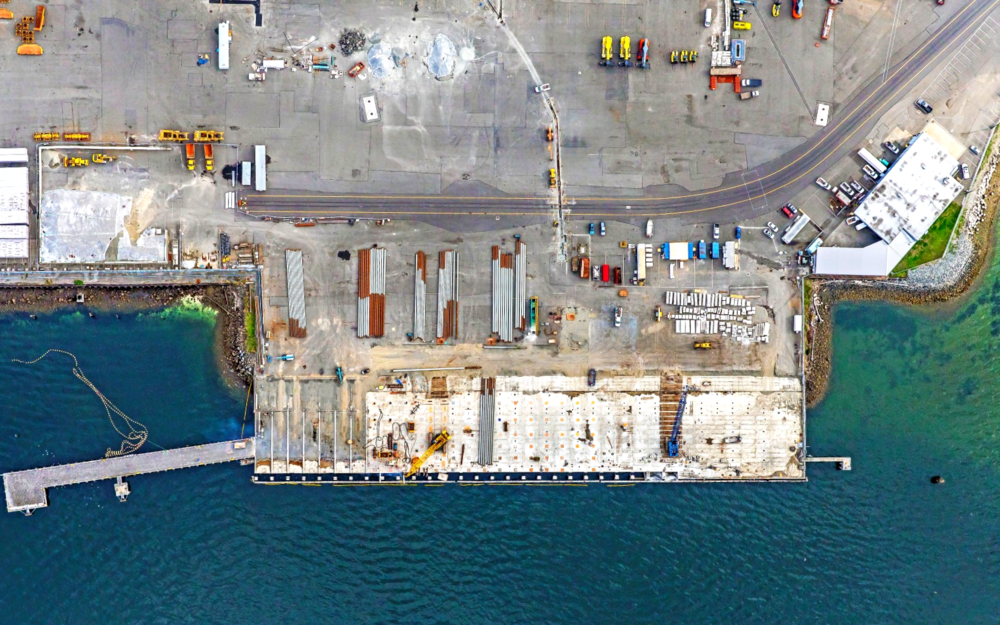