Lake Oswego, OR
|
« Previous ProjectNext Project »Back to Projects

The recipient of the 2010 AGC Build America Grand Award, this project was the first of a multi-phase program to upgrade and replace the existing failing sewer line. The line was designed as a gravity system, constructed of 17,000 lineal feet of fused HDPE pipe, with pipe sizes ranging from 24- to 42-inches in diameter.
Advanced American Construction’s ability to mobilize heavy marine equipment into remote locations has proven to be successful on this project. Access onto the lake was extremely limited and difficult. AAC mobilized and assembled over 75 each sectional barges in various configurations. Most of the barges had to come into the lake through a small 11-foot-wide boat ramp.
AAC had to install a 400-foot long temporary work trestle starting from a small lot at the east end of the lake. The work trestle was used to fuse 1,100 foot long sections of HDPE pipe, load large equipment onto barges, and deliver several hundred loads of materials and fuel.
Anchor drilling and pile drilling barges were outfitted with sediment containment barges. All drill cuttings were captured. Water was filtered, treated, tested and released back into the lake. All hydraulic equipment was run with “clarity” oil and all diesel equipment was run with a blended biodiesel to help protect the environment.

"I think AAC usually has no trouble getting awards like this because the projects they take on are usually unique. AAC has done a fabulous job on their portion of this project."

"AAC is one of the premier marine contractors on the west coast and the City was very pleased to contract with a local business for this challenging phase of work. Time and time again, AAC proved the City made the right choice in contracting with AAC. Their engineering, project management and marine construction skills contributed greatly to the successful execution of the work and their ingenuity in fabricating systems and using the latest technology assured quality in the constructed work. The City looks forward to working with the professional staff and skilled tradesman of AAC on future projects." 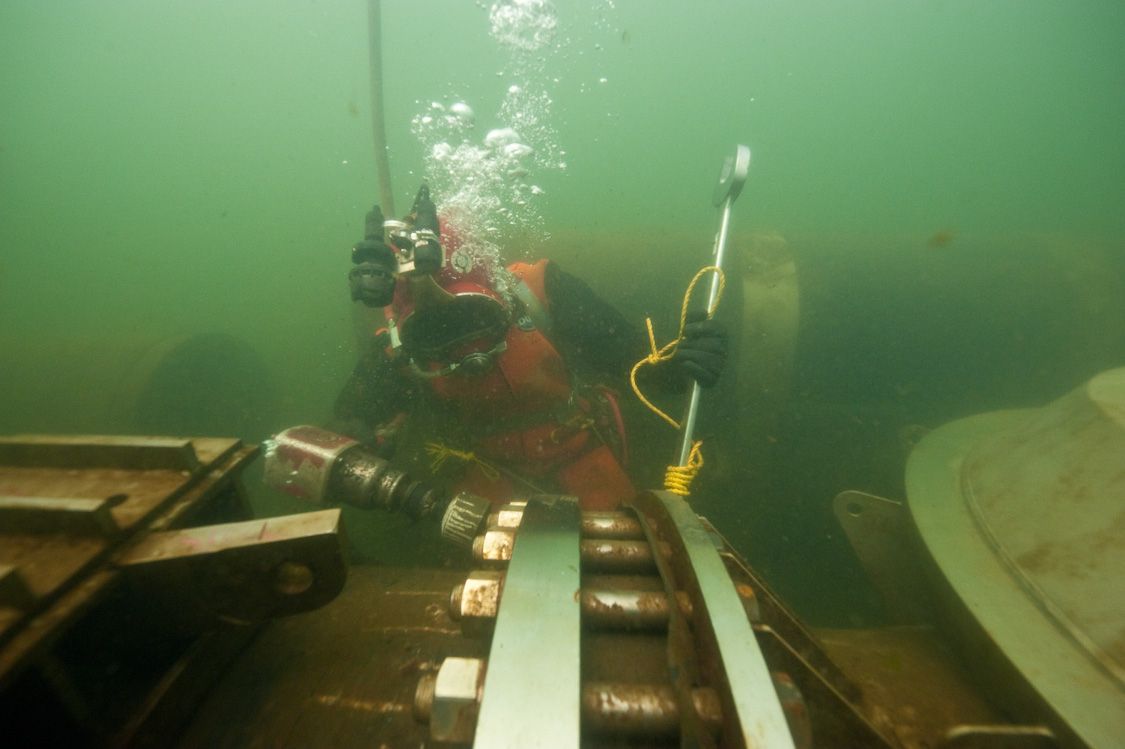 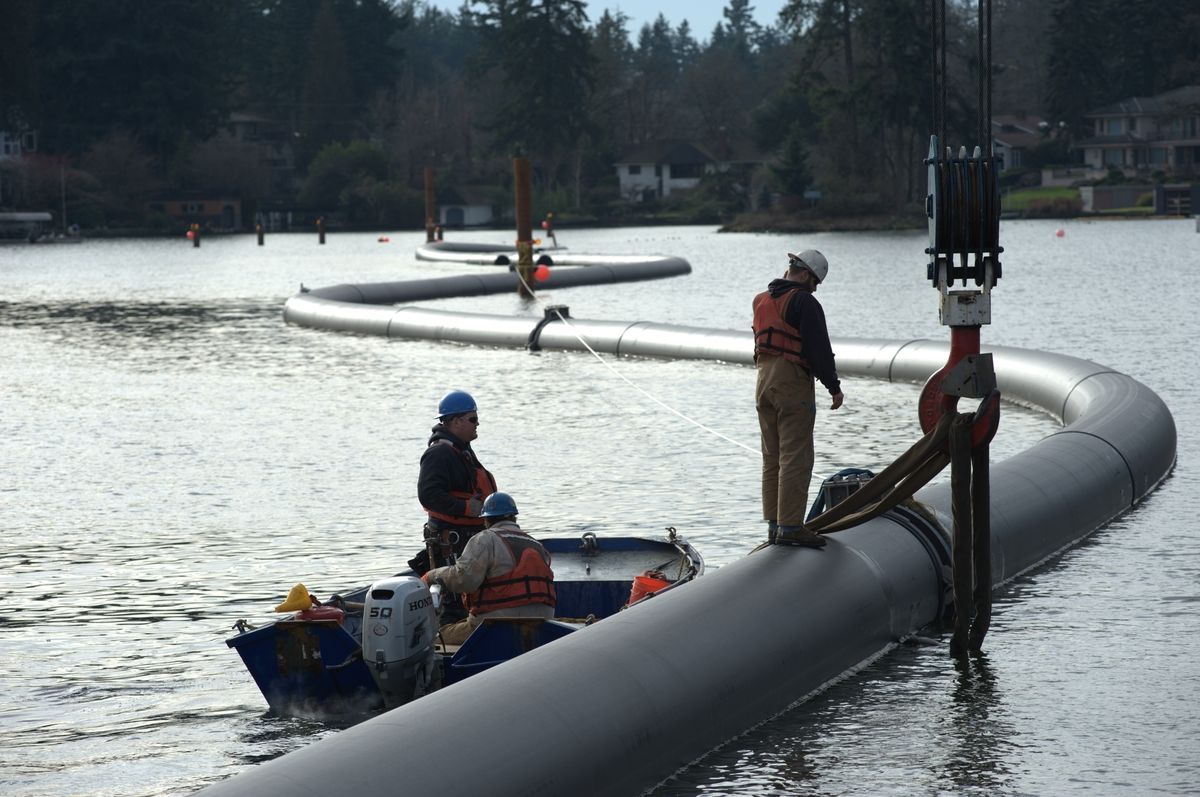 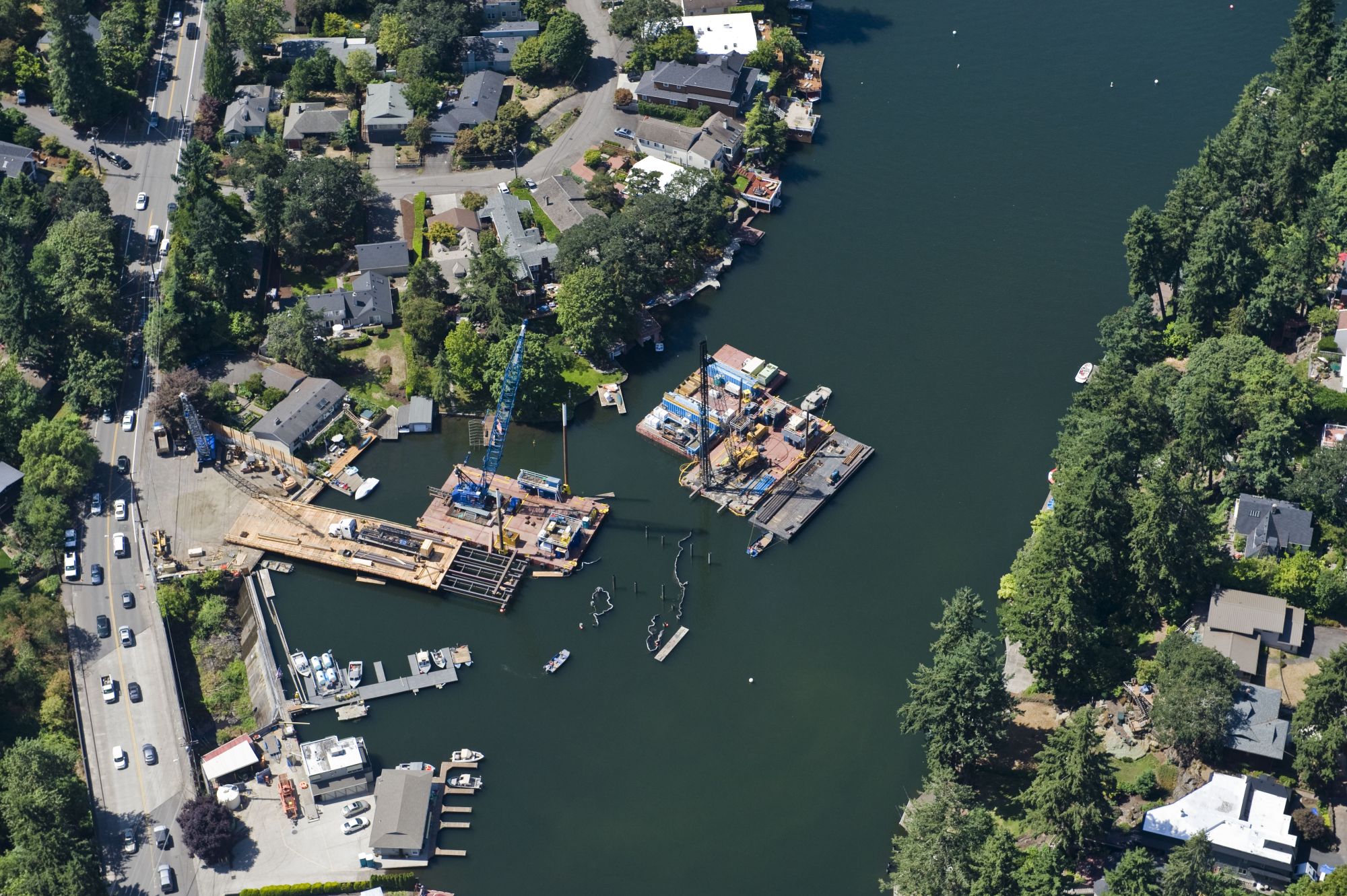 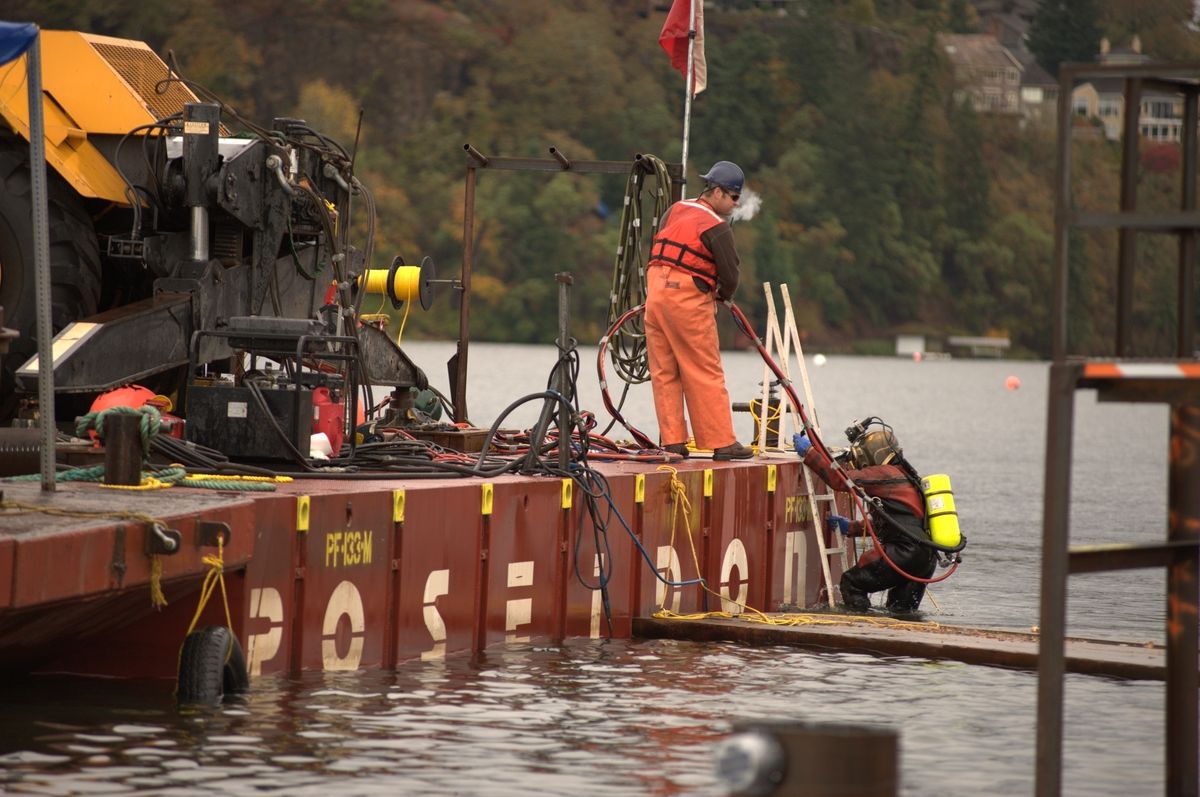 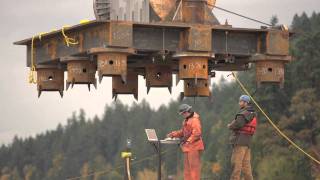